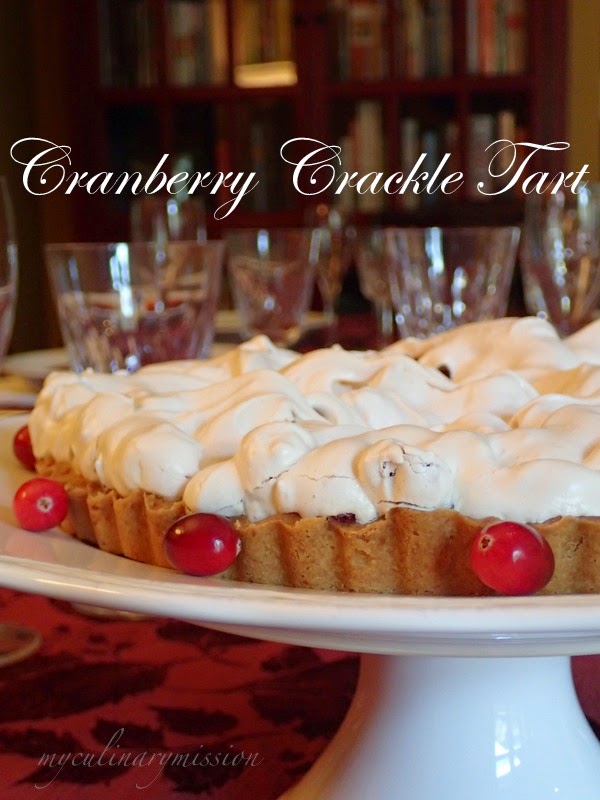 This cranberry crackle tart may look fancy, but really, it is unbelievably simple. 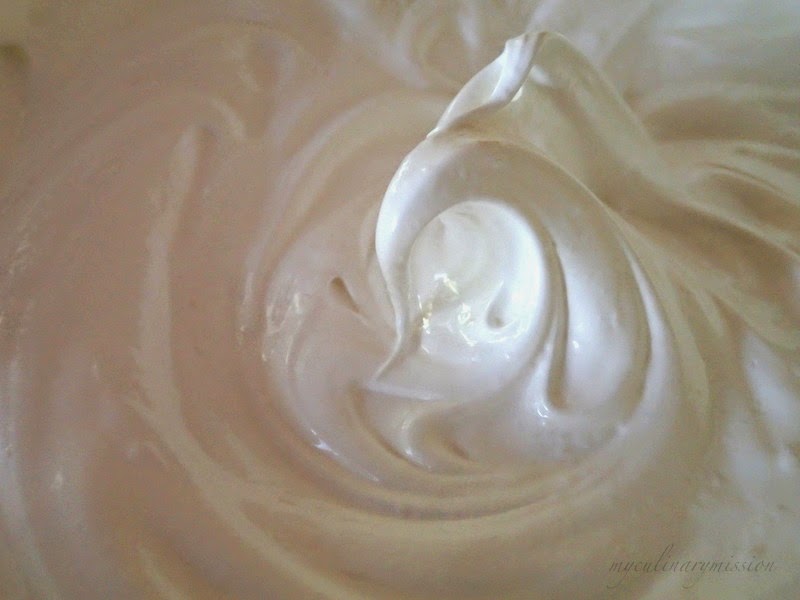 The filling is made up of just two egg whites and some sugar and salt, and whipped until soft peaks are formed. Then fresh cranberries are carefully folded in. Next time, I would add more cranberries. 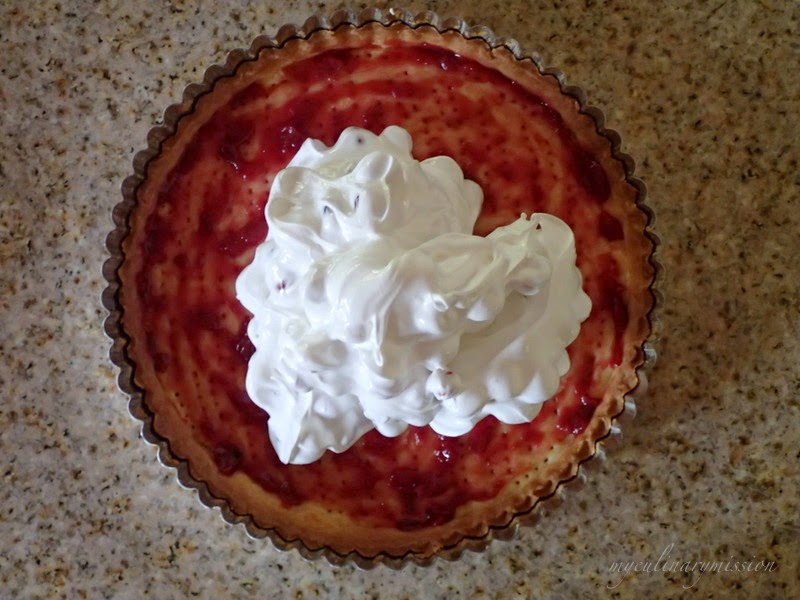 The meringue mixture is placed in a pre-cooked tart shell made with a sweet tart dough that has been spread with jam - Dorie suggests chunky cherry, raspberry, or strawberry. I used a sour cherry and rhubarb jam. 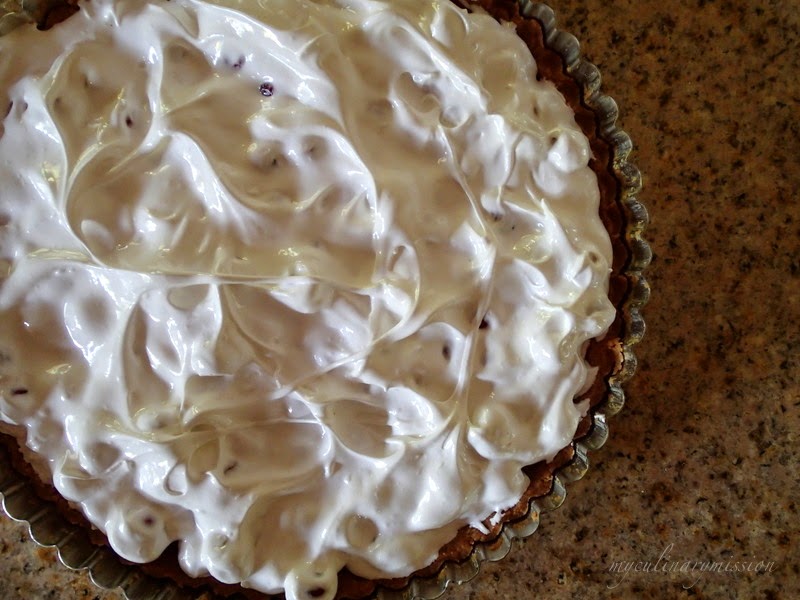 I used the back of a spoon, by pressing it into the filling and lifting up, to give it it's fluffy, swirly texture. 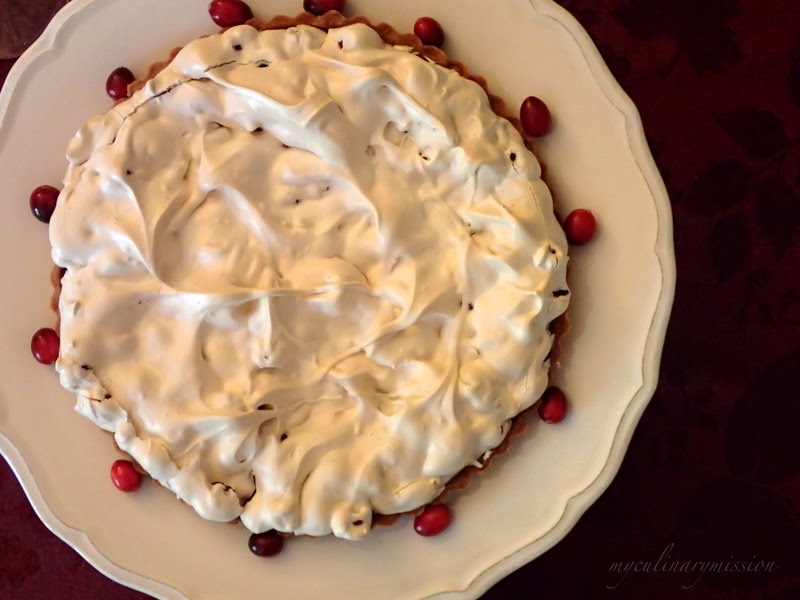 It may not look like much, even Dorie mentions in the book that this tart is homey looking. 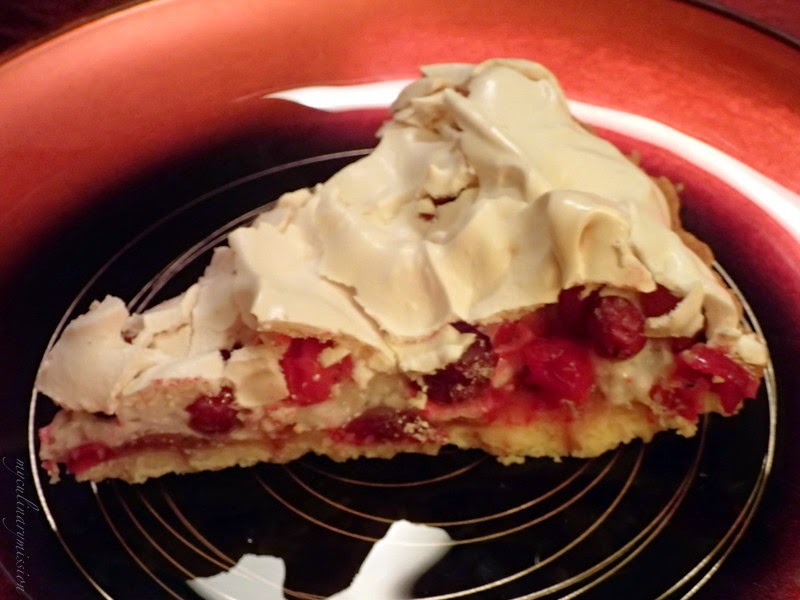 This made for a nice light dessert after our always, overabundant Thanksgiving meal. Everyone said they enjoyed it - I may have liked it more if I used more cranberries and jam. I found it to be rather bland.

Visit my fellow bakers to see how they fared with this recipe by clicking here.

It is the rule of TWD not to post the recipes here on our blogs. However, the recipe can be found online here.


Posted by Cathleen | My Culinary Mission at 5:55 PM 12 comments 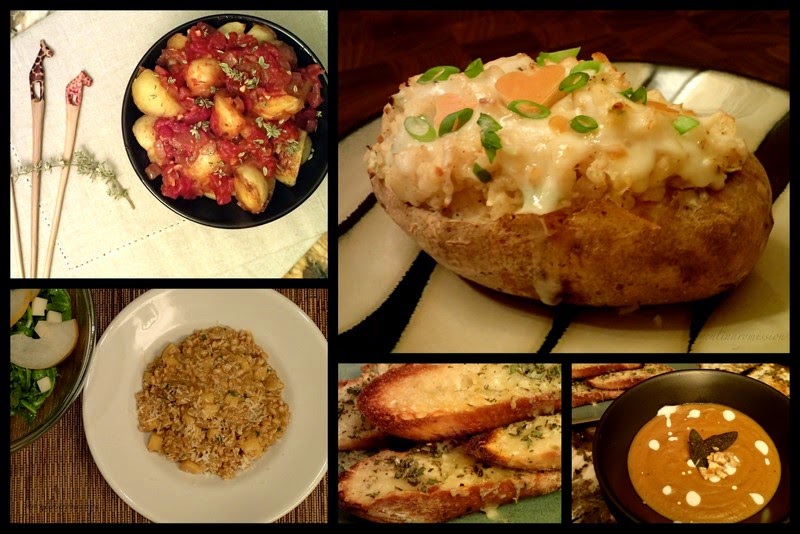 My selections for November: 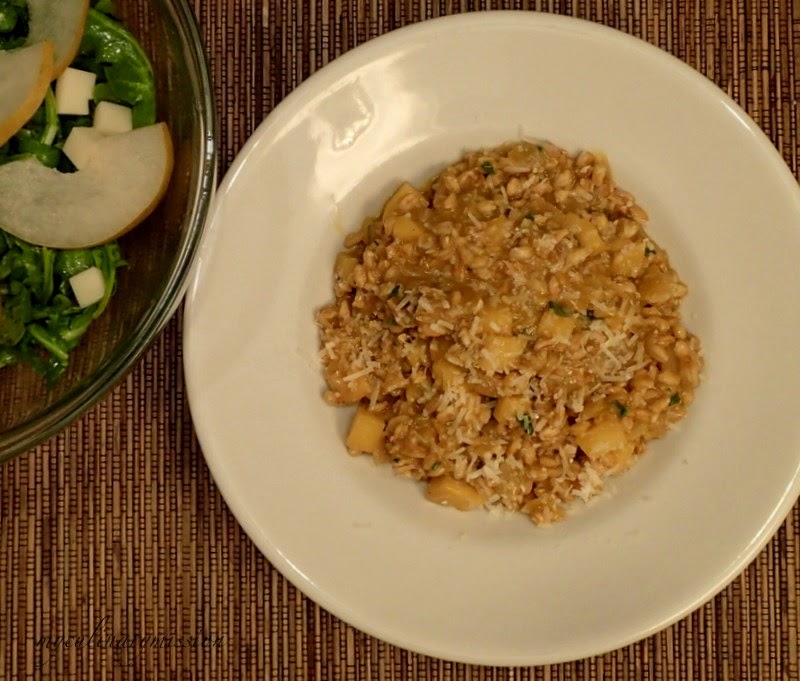 The actual recipe is named Rutabaga (or Swede - depending on if you have the US or UK version of the book) "Speltotto". It's a play on risotto, a rice dish - here Hugh substitutes spelt for the rice.

I could not find pearled spelt, so I opted for pearled farro. It is mentioned in the book that pearled barley could be substituted, but reading the packages, barley can take up to an hour to cook, as where the farro only takes about twenty minutes - this is why I chose the farro over the barley, and I was happy with the outcome. 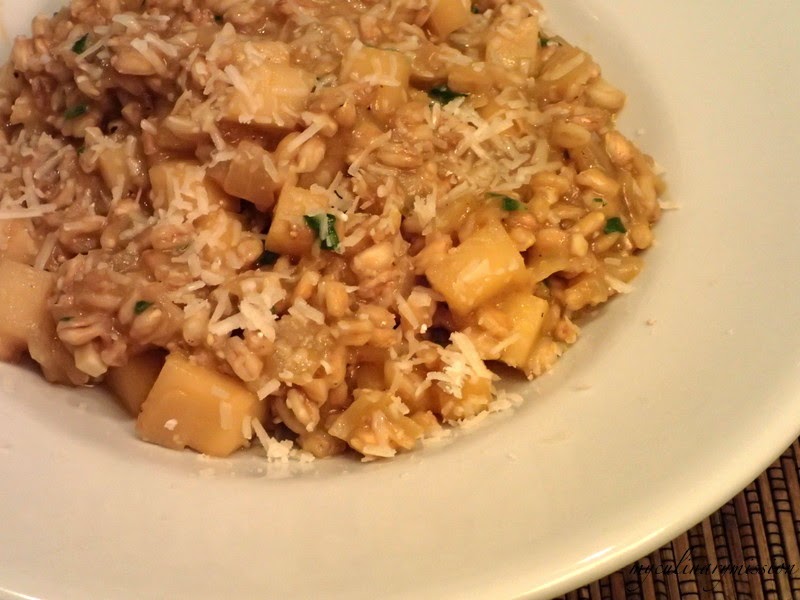 Cubed rutabaga is mixed in with some sautéed onions and garlic. The farro (or spelt), is stirred in until it is covered in oil and butter from the onion mixture. As with risotto, warmed broth is added in next, about a cup at a time, and stirring until the grains have absorbed all the liquid, before adding the next cup of broth. After all the broth has been added and the grains and rutabaga are tender (al a dente), some parsley and cheese are mixed in along with some salt, pepper, and nutmeg.

The Mr. deemed this "good & hearty".  He took the leftovers to work for him and a co-worker; who commented "this must be healthy. It's on the bland side." Just goes to show you, how individual tastes vary. 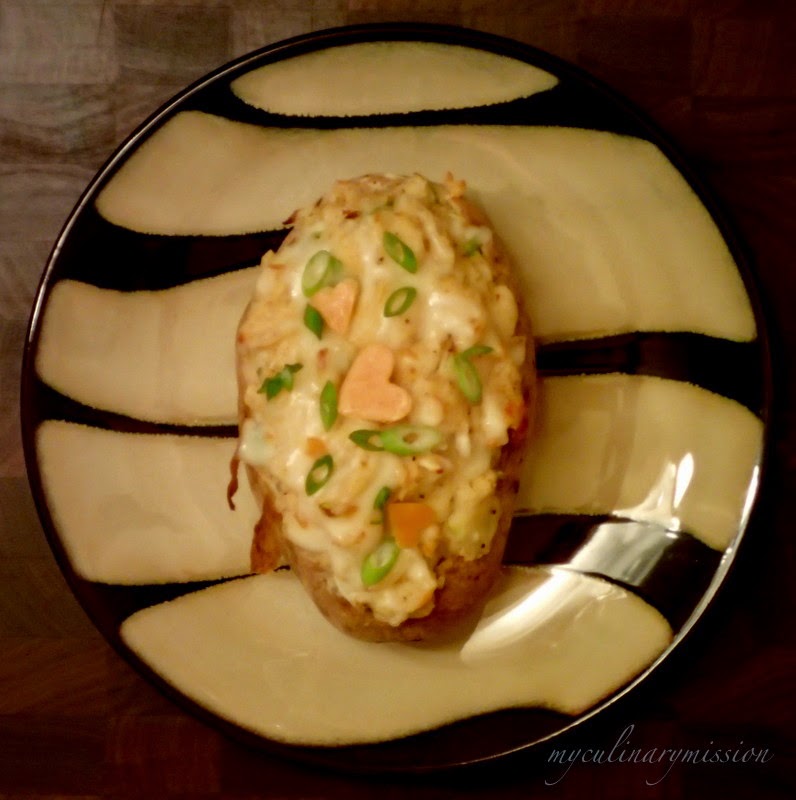 Who doesn't love a good baked potato? Twice-baked or otherwise. 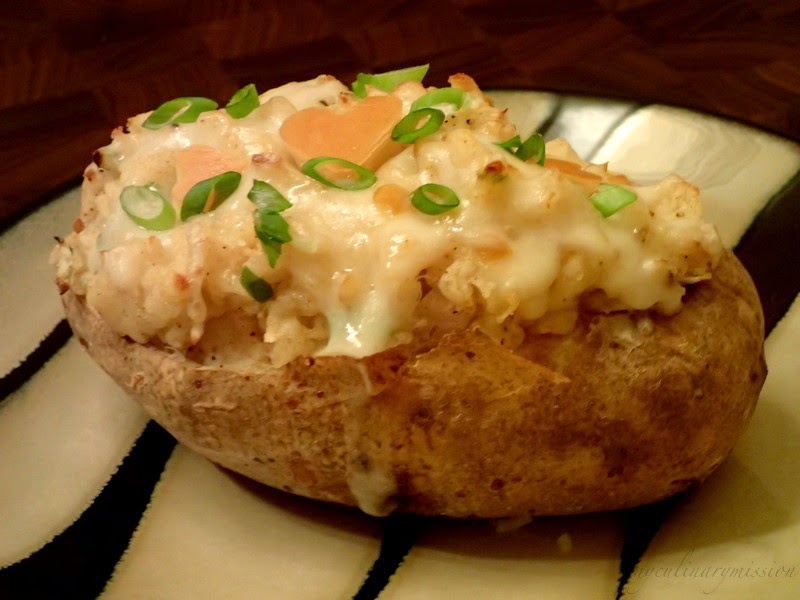 For me, baked potatoes are an easy and quick comfort food. Twice-baked are a bit more indulgent and take a little longer - but not much, and are worth it. Served with a salad, you have an easy weeknight meal.

For twice-baked potatoes, you cut the top off of a baked potato and scoop out the flesh, mix it with some butter and sour cream (or Greek yogurt as I did), and add in your favorite fixings - this can be anything from bacon to broccoli - use your imagination. Replace the filling into the shell, mounding it, and bake again until heated through.

For this recipe, scallions, smoked Gouda, and a generous dash of cayenne pepper where my choice of fixings. This would also be delicious with sautéed mushrooms added in, as I did with these potatoes in a previous post.

Add extra cheese and scallions (or chives) for garnish, just before serving. I added extra cheese on top, gave it another minute or two in the oven - just long enough for it to melt, then I added sliced scallions and some Gouda hearts. 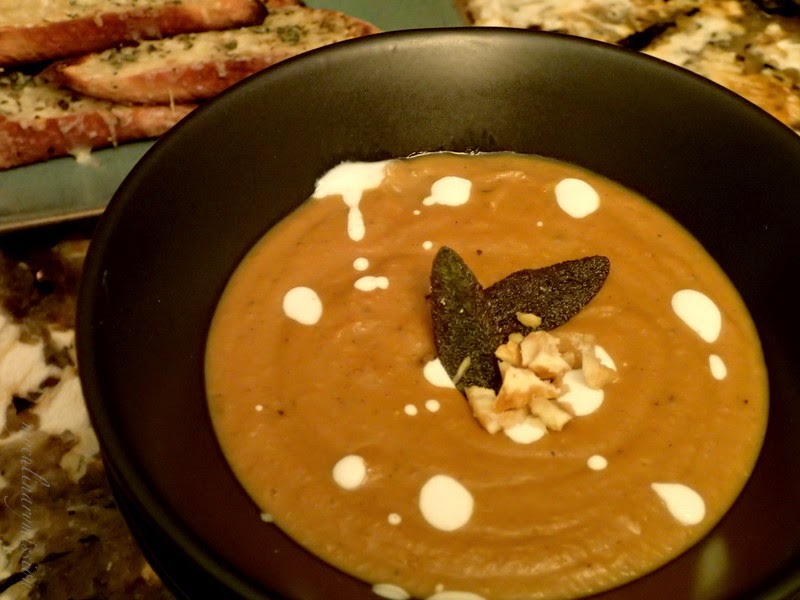 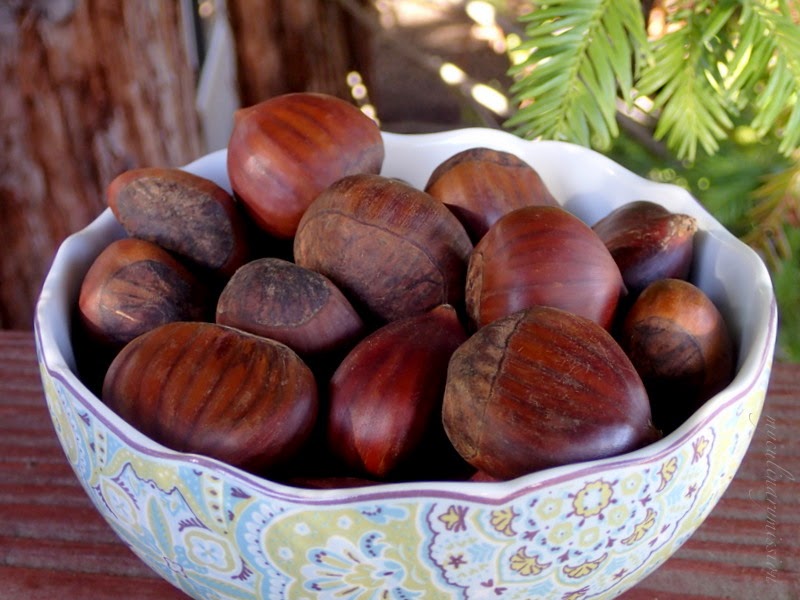 The recipe states you can use vacuum-packed precooked chestnuts. I wanted to try my hand at roasting my own - though it is mentioned in the book to blanch, peel and simmer the chestnuts. But we all know roasting brings out a much deeper flavor in foods than boiling ever would. 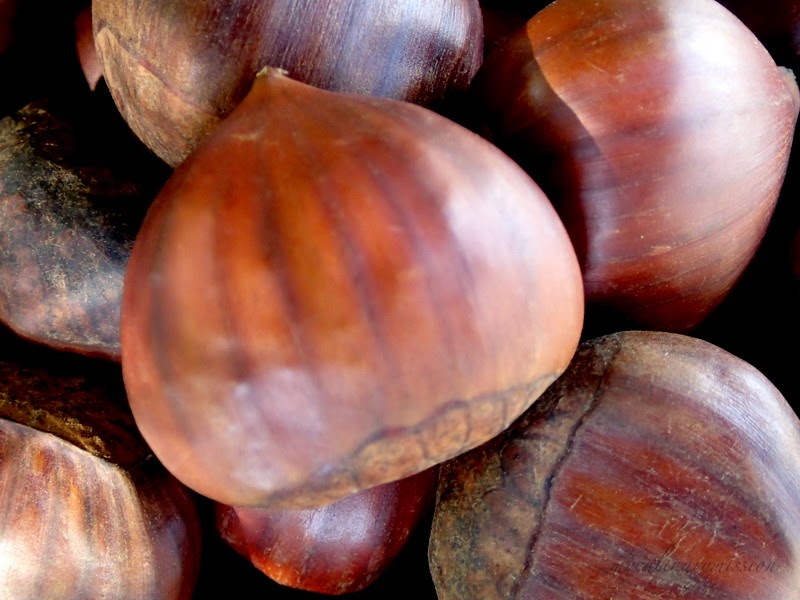 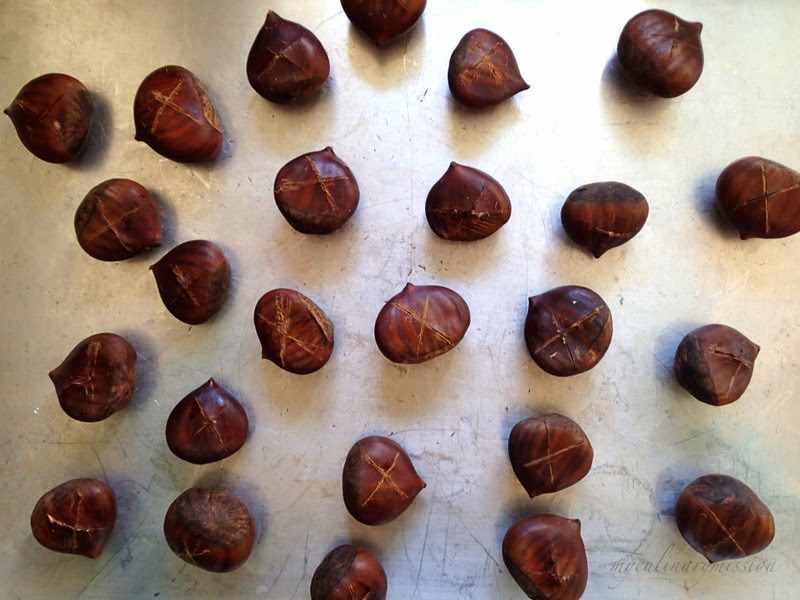