Our Tuesdays with Dorie group is starting with a new book which was just released at the end of October - Baking Chez Moi - Recipes from My Paris Home to Your Home Anywhere, by Dorie Greenspan; and this is the first recipe from the book, Palets de Dames, Lille Style (Lille - a city in France). 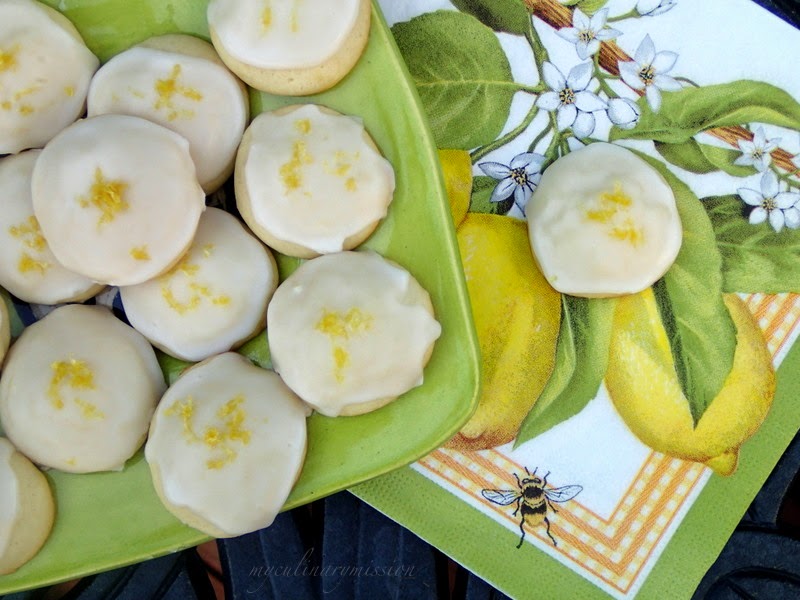 We still have just under two years left with Baking with Julia, and will be posting on opposite weeks. That means a TWD recipe every week, instead of every other week. Oh my... anyone in need of a few baked goods? 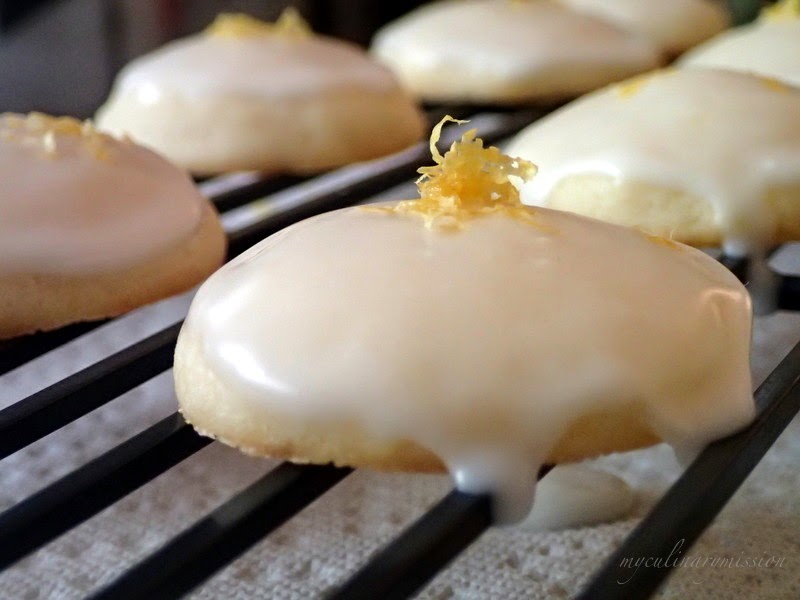 These cute little cookies have a fancy name, but basically they are a cakey sugar cookie with a simple confectioner's sugar glaze.

I decided to make these pretty much at the last minute, and they came together rather quickly, aside from the dough needing an hour or so rest in the refrigerator to firm up a bit - just long enough for me to run to the store to grab something for dinner. 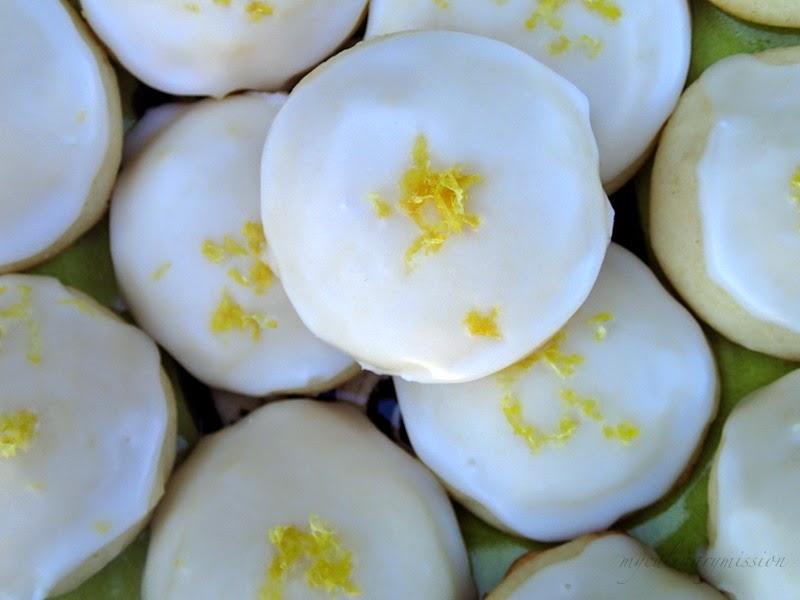 This simple dough is made from butter, sugar, salt, eggs, vanilla extract, and all purpose flour. As with most cookie doughs, you first beat the butter until creamy, then add the sugar and salt and beat until combined. The eggs are added one at a time and mixed until incorporated. The vanilla extract is added next, then the flour is added in three increments, until combined.

The dough is then chilled for at least one hour or until firm enough to shape.

Once the dough has chilled, balls of dough (about two teaspoons each) are placed on cookie sheet about two-inches apart, to allow for spreading (mine did not spread hardly at all). They are baked for about eight minutes, or when you see a slight brownness around the edge of the cookies.

The recipe states to transfer the cookies to a rack and allow to cool to room temperature. I always leave them on the baking sheet to cool, ever since I read somewhere.. that bakeries do not transfer their cookies to racks. 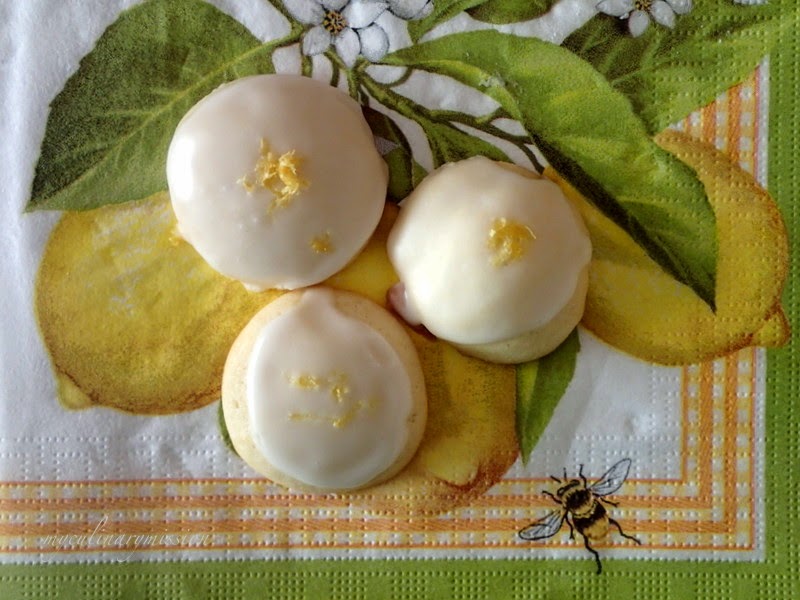 Once the cookies have cooled, they are ready to be iced. This icing consists of powdered sugar, milk, and lemon juice. The recipe states that if it needs to be thinner, add more milk - a drop at a time. I added more lemon juice to thin it, and next time, I'm thinking I'll use mostly, or all juice and omit the milk, for a more lemony flavor.

Some of my fellow bakers who happen to be in another on-line cooking group - French Fridays with Dorie, have already made this recipe; and reading their posts on this, it was mentioned the bottoms of the cookies were frosted, to give the look of a top (child's toy) or parasol; though the recipe given to us (before the book was released), states to dip one side into the icing - so I just assumed it was the domed side.

After dipping the cookies into the icing, I added a bit of lemon zest to the top for a little pizazz - which was very last minute. Next time, I would zest the lemon ahead of time and spread it out to allow it to dry a bit to make it easier to sprinkle atop the cookies - I had issues with it wanting to clump, with it being so moist.

I made only half the recipe - I wish I had made the full recipe - though grateful I did not.

We have been asked not to post the recipes from this book on our blogs. However, the recipe is available on Amazon - you can find it by clicking here and scrolling down the page.

Do venture over to the TWD site for the links of my fellow bakers to read their thoughts on this recipe.

Posted by Cathleen | My Culinary Mission at 12:00 AM