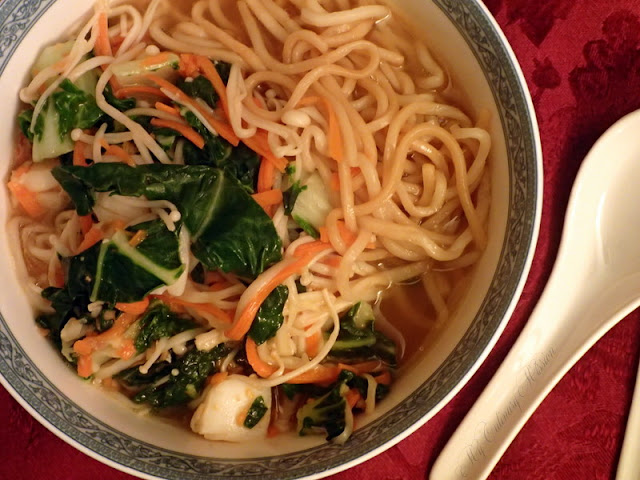 Who knew a stir-fry could turn into such a beautiful, satisfying soup. 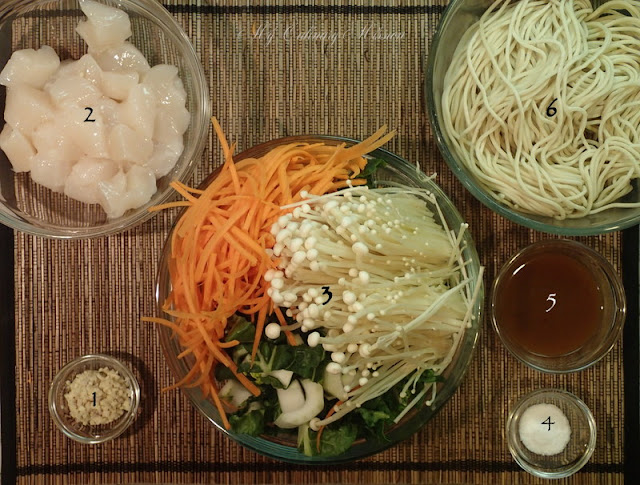 This recipe takes a few more pots to make, but so worth it. Before beginning the stir-fry portion of the recipe, you have two pots going, one for boiling the noodles in, and one for simmering the broth. You bring both pots to a boil, turn down to a simmer, and cover until needed - later in the recipe. Genius. It never occurred to me in the past, to cover the pot of simmering water. I had always heated up the water and kept it at low heat, and by the time I was ready for it, it had boiled down too much, and I would have to add more water. Thanks for the tip, Grace! 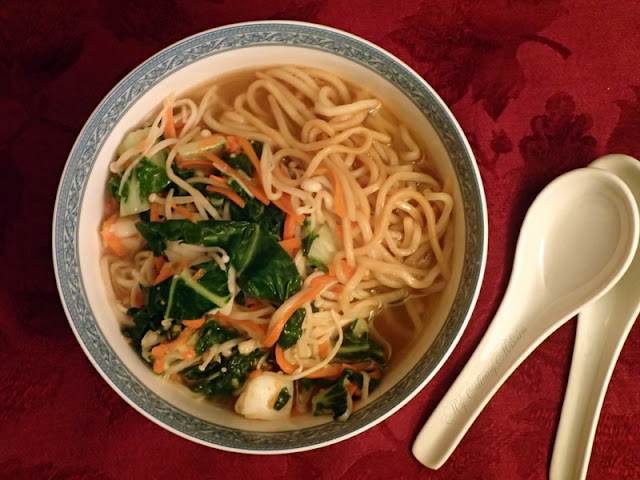 I did sub out a couple of ingredients. The recipe calls for chili bean sauce, which I did not have, so I used equal amounts of bean sauce and sambal olek. I also used vegetable broth in place of the chicken broth, for we had a surprise visit this evening from our daughter, who is a vegetarian.

Speaking of the broth.. it is simmering away with a few slices of smashed, fresh ginger - this really kicks the flavor up a notch. I can just imagine, sipping on the gingered broth alone, on a chilly winter evening, especially if one is suffering from a cold.

As the two pots are simmering away on the back burners, we start the stir-fry portion. First a little garlic is sautéed until fragrant, then the scallops are added and allowed to sear (which mine did not - they released a lot of liquid!) Next, the vegetables are stir-fried just until the bok choy starts to wilt. Salt is sprinkled on and the sherry mixture is stirred in, and cooked just long enough for the scallops to cook through.

To serve, and this I found interesting; soy sauce, sesame oil, and white pepper are placed into the bottoms of individual soup bowls. The noodles are divided amongst the bowls and tossed with the "dressing" before being topped with the scallop stir-fry, and then ladled with broth.

We have been asked not to post the recipes here on our blog. If you would like the recipe, you will find it on page 270, of  Stir-Frying to the Sky's Edge, which you can purchase at your local bookstore or find it at your local library. I highly recommend purchasing the book - you won't be disappointed.

Posted by Cathleen | My Culinary Mission at 3:08 PM 3 comments

by the editors of Martha Stewart Living 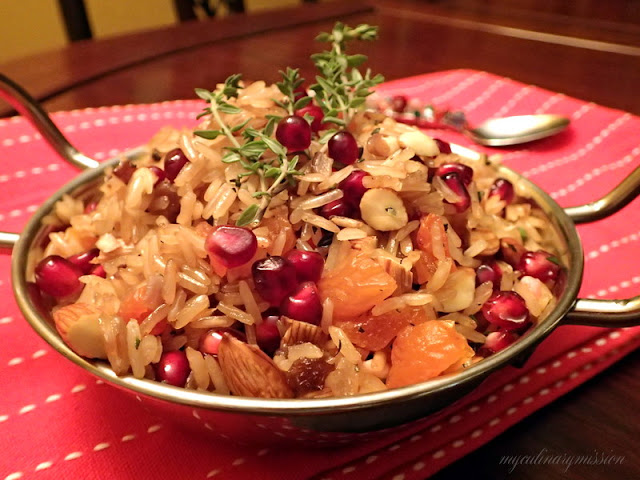 What a colorful (the photo doesn't do the colors justice) and festive side-dish to grace any holiday table; or spruce up a weeknight meal, for this was a cinch to make! 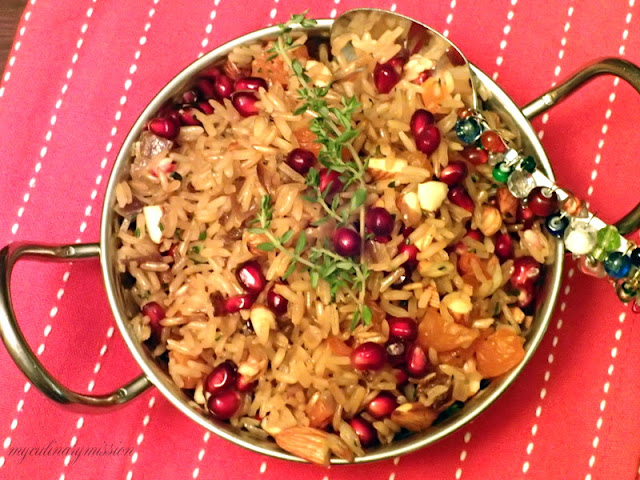 To make this lovely pilaf, red onion is sautéed in a small amount of butter until softened. Rice is added and stirred until the grains have been covered in butter, at which time chicken broth is added and brought to a boil, the pan is covered, and the heat is set to low, and the rice is cooked for about twenty minutes, until all the liquid has been absorbed.

Once the rice is cooked, and has been fluffed with a fork, apricots, almonds, pomegranate arils, thyme, salt, and pepper are added and combined; and voilà! You have one beautiful pilaf. 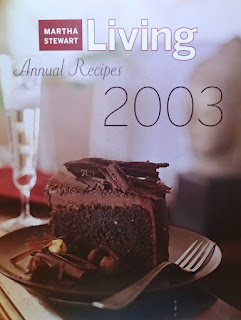 Continue for recipe...
Posted by Cathleen | My Culinary Mission at 1:48 PM 1 comments