Book Twenty-Four: The Food You Crave 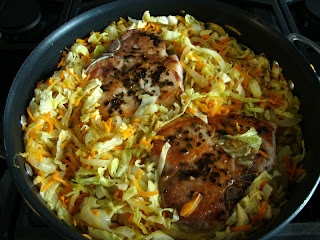 Pork chops and applesauce. Whenever I hear that, it reminds me of a Brady Bunch episode where Alice was telling, I think, Bobby, what was for dinner, and then Bobby went around saying that in a funny voice all night: Pork chawwwpsss and applesawwwsss.....

This however has no applesauce, but an apple, cabbage, carrot and onion slaw, and was just OK. It was a very simple and quick dish to prepare, and the aroma was wonderful. Though the flavors just did not come through for us. And there is something about pork chops and me that just does not work. These did not turn out as dry as they usually do when I attempt them; but they did not turn out juicy and succulent like they do at the restaurant we visit.

I made the full recipe, but with only two chops instead of four, and felt that the sage/garlic rub was barely enough for the two chops. So if you make the full recipe, I would double the mixture; there was plenty of slaw. And if you use your food processor to grate the apple and carrot as I did - do it separately! You cook them at different times, so I had to dig out the apple and of course had bits of carrot mixed in; which was not a big deal, it all comes together in the end. 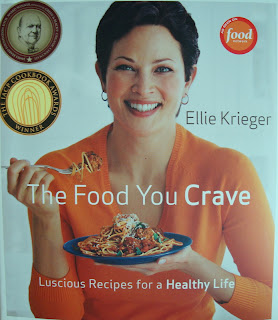 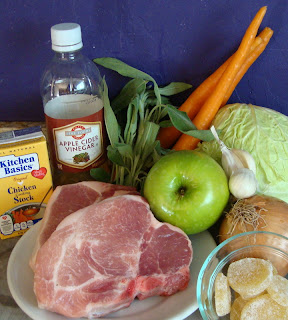 oops..did it again. candied ginger does not
belong in this recipe. 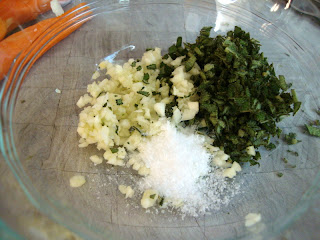 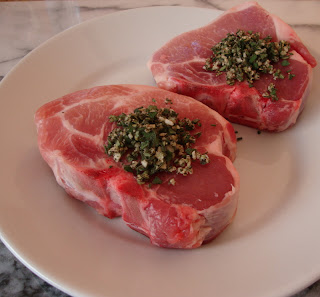 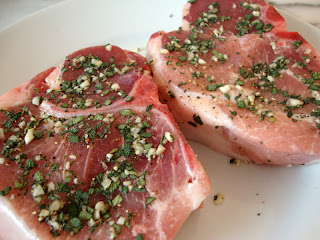 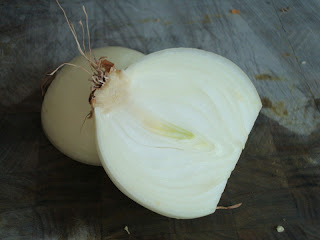 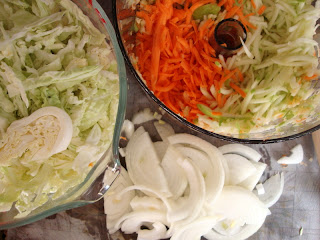 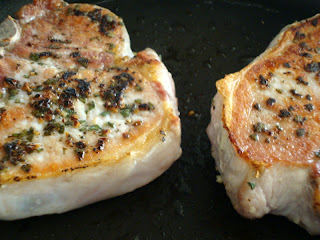 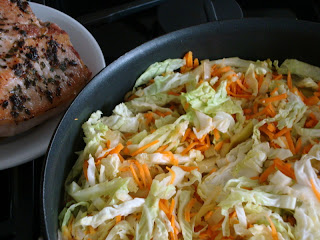 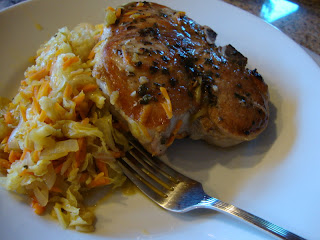 Sage-Rubbed Pork Chops with Warm Apple Slaw
Serves 4
For the chops
1 Tbl chopped fresh sage or 1 tsp dried
1 large clove garlic, minced (about 1 tsp)
½ tsp salt
Freshly ground black pepper
Four ¾-inch thick bone-in pork loin chops (about 8 oz ea)
2 tsp olive oil
For the slaw
2 tsp olive oil
1 large onion, cut n half, then thinly sliced into half-moons
1 large Granny Smith apple, cut in half, cored, and coarsely shredded
1 tsp chopped fresh sage or ½ tsp dried
½ head green cabbage, cored and coarsely shredded (about 9 cups)
3 large carrots, coarsely shredded (about 3 cups)
2 Tbl cider vinegar
½ tsp salt
¾ cup low-sodium chicken broth
To make the chops, combine the sage, garlic, salt, and a few grinds of pepper in a small bowl. Rub this mixture all over the pork chops and let them sit at room temperature for 10 minutes.
Heat the oil in a large nonstick skillet over medium-high heat until good and hot. Add the chops and brown well on both sides, 1 to 2 minutes per side. Transfer the chops to a plate.
To make the slaw, carefully wipe out the pan. Heat the oil over medium heat and add the onion, apple, and sage. Cook, stirring a few times, until softened and golden brown, 4 to 5 minutes. Add the cabbage, carrots, vinegar, and salt and continue cooking until the cabbage and carrots begin to soften, about 5 minutes. Add the broth and return the pork chops to the pan, burying them in the vegetable mixture.
Cover and cook just until the pork chops have just a slight blush in the center, 5 to 7 minutes longer.
To serve, arrange the warm slaw on individual plates and top with a pork chop and some pan juices.
Posted by Cathleen | My Culinary Mission at 9:41 PM